You really do need to watch this! This is an important TEDTalk from Andy Yen of CERN in Switzerland. CERN was where the World Wide Web was originally developed, so it is fitting that the problems generated by the internet should be tackled and solved there. Andy Yen’s talk was recorded in October 2014 at TEDGlobal when ProtonMail was in its preliminary stages. It is now available globally as a free service for a single account, or on a subscription basis for multiple accounts using your own IMAP/domain addresses, plus some extra features. I highly recommend it! ProtonMail has a very nice, clean interface, and is easy to set up. The Protonmail team does not need much information about you to create your account, as they’re not selling you anything else, and they don’t display advertisements to support their service. But most importantly, ProtonMail encrypts your emails. There are also ways to protect your privacy while using search engines. (Hint: it’s not Google!) Google is a data collection company—their $billions come from advertising; and the more Google, Yahoo (Verizon), and Facebook know about you, the better their bots can target the right advertisements just for you. Google is also a company that cooperates with U.S. Government agencies who request your personal data. The new GDPR (General Data Protection Regulations) came into effect for EU countries on May 25 2018. Even though this has brought tougher rules for big personal data collectors like Google, it is also influencing all websites across the globe, as European citizens have access to global websites.

DuckDuckGo is a wholly transparent “pseudo search engine” that is dedicated to your privacy while browsing. DuckDuckGo actually submit your search through them to the Google search engine via their own servers, so Google doesn’t know it’s you requesting the information! DuckDuckGo is an efficient go-between. And it’s free. Pretty neat! The Mozilla Foundation (developers of the open source browser, Firefox) is also working to keep the internet free, unentangled and safe. Apple Inc. is also dedicated to protecting your privacy, as was illustrated by CEO Tim Cook‘s jail-defying refusal to develop de-encrypting software for the iPhone in the face of U.S. Government threats in 2015. You can read the open letter from Tim Cook to all Apple users about this issue on the Apple.com site: https://www.apple.com/customer-letter/ And here’s a passionate interview with Tim Cook by Editor-in-Chief Gerard Baker at the Wall Street Journal’s technology conference in Laguna Beach, California, in October 2015: Apple have also introduced private browsing in Safari. The downside, of course, is that you lose your own search history. But this is a small price to pay. Other companies are doing their bit, especially in Canada which has had tougher privacy laws, anyway. Sync.com is a Canadian cloud service site that stores your files and allows for large file transfers. If you create a link in your Sync account to share one of your files, Sync encrypts the link, so it is safe while in transit at both ends. Privacy violations may be the biggest threat to our civil liberty, as data harvesting has become the biggest money-spinner on the planet. Companies are changing hands for many billions of dollars, not for their worth as services or producers, but for the personal data they hold. We have become targets for an out-of-control advertising industry. But that is not the worst of it. Companies and their data collections are being sold to unknown operatives: from our perspective we have no idea anymore as to who has our personal data. We have been losing control over who knows what about us. And government agencies are forcing companies to comply with their requests for the personal data of their citizens and, we can suppose, that may turn out to have a global reach far exceeding the boundaries of any one country, as the largest data harvesters tend to be globally active companies. This could have political ramifications in the future. The GDPR is a first and necessary step. But it is up to each one of us to support those smaller companies that are trying to do the right thing by us, especially by not collecting any unnecessary data in the first place. I am not meaning to present a dystopian view of our present or future world state, but rather to highlight the fact that many young people are concerned with this big data trend, and are doing something about it, like the good people at ProtonMail, and even the elders like Apple Inc. Support the good guys, and we can build a happier and safer future.

May you always live your Exceptional Purpose! 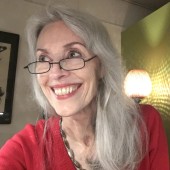 The Magic Wand of Apple

How Did Tech Become So Male-Dominated?

The Most Detailed Scan of the Human Brain in 3D Motion